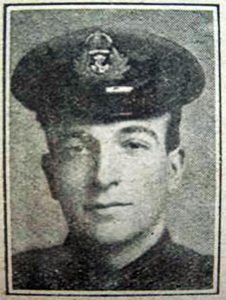 The most decorated soldier commemorated on our memorials, Walter was the youngest son of James Robert Sterndale BENNETT, born 1847, and a grandson of Sir William Sterndale Bennett (1816-1875), one of the most celebrated British composers of the nineteenth century, Professor of Music at Cambridge and latterly Principal of the Royal Academy of Music. James had married Mabel Gaskell in 1876 while Lecturer in Mathematics at King’s, London before becoming Headmaster of Derby School in 1889. They had two daughters and five sons. The second son, also Robert (1880-1963), inherited his grandfather’s skills, becoming the Director of Music at Uppingham School in 1909. He is mentioned by Vera Brittain in Testament of Youth, having taught her brother Edward there.  The fourth son James Barry (1889) served as a 2nd.Lieutenant in WW1 in the East Kent Regiment (The Buffs) and survived the war, dying in 1941.
Before the war, the family home was at 13 Mornington Avenue, West Kensington but during the war the parents moved to Barn House, Dymchurch, Kent. For a brief period in late 1916 and early 1917 they also lived at 3 Priory Road, Bedford Park.
Walter Sterndale Bennett was born on 15 Jul 1893 in Derby. In the census of 1901 the family were living at 51 Castletown Road, Fulham, his father having retired. His elder sister, Anne, was then an art student. It is thought that he attended St Paul’s School, Hammersmith. His name is absent in the 1911 Census, but he sailed around the world between 1910 and 1912 from age 17 to 19, indented in the Merchant Navy from 1910, and it seems he will have studied at the Slade School of Fine Art thereafter.
At the outbreak of the War, Walter volunteered with the 28th Battalion, London Regiment – The Artists Rifles. He undertook basic training for 84 days, before transferring to take up a commission with the Royal Naval Voluntary Reserve. His service record confirms was commissioned Sub Lieutenant on 11 February 1915. Appointed to Drake Battalion, Royal Naval Division, he first saw action in Gallipoli from mid-August 1915. He was appointed adjutant to his battalion the following month with the rank of
Lieutenant. In April 1916 Sir Charles Monro’s despatch relating to his command of the Middle East Forces mentioned Lt. Bennett for “distinguished and gallant conduct”. This was reported formally in the London Gazette dated 13 July. The battalion was transferred to the Western front in May 1916.
In 1916, the Battalion was before Beaucourt in November 1916, “in the fog and mist of the Ancre Valley” and was actively involved in the Divisional attack and capture of that area. Drake Battalion lost 14 officers and nearly 200 men killed or wounded, including its commanding officer. Walter was awarded his first DSO for his part of the action. The citation states: “For conspicuous gallantry… He assumed command of and handled his Battalion with marked courage and ability. He personally collected a party and bombed the enemy out of part of their second line, where they might have held up the attack”. After this action he was promoted to Lieutenant Commander and was temporarily placed in command of his Battalion. 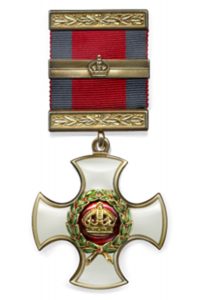 The Bar to his D.S.O., one of only four double D.S.O.s to the Royal Naval Division, was awarded for the successful attack on Gavrelle, East of Arras, on 23/24.4.1917 during the Allied Flanders Spring Offensive. The citation reads: “For conspicuous gallantry and devotion to duty. On discovering the wire uncut except in a few places he went forward himself and led his Battalion through the partially cut gaps. He finally gained his objective and held on against very strong resistance. The success of the operation was almost entirely due to his personal example.” Again, during this action, he was forced to be in command of his battalion after his senior officer had been killed. As such, he held his ground against heavy enemy intrusions and was responsible for large numbers of German casualties.
The rank of Commander followed and he became the youngest Battalion Commander of the War. His report on the battalion’s work in the 36 hours of the engagement is included here.
He remained in command of Drake Battalion, which in late October 1917 moved to the Flanders front at Paschendaele. There, in his headquarters, he was fatally wounded by a fierce enemy bombardment. First-hand accounts describe the course of events: “Commander Bennett was badly wounded at about 4:30 p.m. on November 4th 1917. I was attached to H.Q. at the time and we were caught right in the middle of very fierce bombardment which the enemy had a nasty habit of putting over every evening at the same time… I was about fifty yards away when that particular shell dropped but was fortunately not hit myself although several of my mates were killed.” (Frank Andrews of Drake Battalion). “A shell had struck hirn in the legs, severing one between the knee and ankle and I believe shattering the other foot. Although he received prompt treatment he sank very rapidly. I was greatly surprised and shocked as, when he took over, the line was quiet except for casual shelling”. (Lt.Cmdr. Charles Hayfair, Hawke battalion).
Commander Walter Sterndale Bennett died on 7 November 1917 at 61st. Casualty Clearing Station, Dozinghem, Westvleteren and was buried at Dozinghem Military Cemetery with Full Military Honours. Present were the Divisional General, members of Divisional and Brigade staffs, battalion commanders of 189th Brigade and 15 officers and 120 men representing Drake Battalion. His replacement as battalion commander wrote to his parents: “I do not think I am saying more than the accurate facts when I say that he was universally recognised as the best Commanding Officer in the Division. We shall miss him more than I can say, but his example and training will – I am certain – live in the Battalion for a long time. He was always cheerful and optimistic and absolutely fearless. His men would have gone anywhere and done anything he asked them with the most complete confidence.”
His headstone at Dozinghem reads: “Dearly loved youngest son of JR and MA Sterndale Bennett”. He is also commemorated at SS. Peter and Paul Church, Dymchurch in the Romney Marsh benefice..