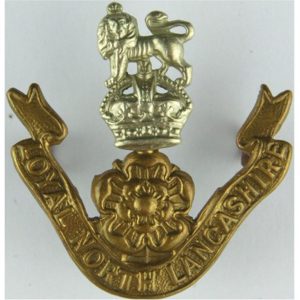 Walter was born on 2nd. December 1894, the fourth child of John Henry and Sarah Agnes Stevens, and lived at 164 Lancaster Road, Notting Hill, W for most of his life.  John Henry was an accountant, working for a French bank in the City.  Walter’s elder brother was Thomas Primmett Stevens, born in 1884, who became an Anglican clergyman, and served as Curate at St Michael and All Angels Church, Bedford Park from about 1912 until June 1918.  He also had elder sisters, Kathleen Agnes, a school teacher, and Anne Dorothy.

We know that Walter was educated, first at Portobello Road School, and then at Latymer Upper School, from about 1906.  In 1911, he was working as a Commercial Clerk with a Joint Stock Company.  He will have visited his brother in Bedford Park, who lodged at 28 Thornton Avenue, and will have worshipped at St Michael’s from time to time; the Church magazine refers to the fact that he was a “comely lad who reminded us of David, being ruddy and of a fair countenance”.  It is unlikely he will ever have resided in the parish other than as a visitor.

Walter enlisted as a Private, at the age of 19 in September 1914, and joined the 1st. City of London Field Ambulance Company, RAMC.  His service record indicates that he was on Home service, certainly until 22nd September 1915 when he was commissioned Second Lieutenant in the 11th (Reserve) Battalion, Loyal North Lancashire Regiment.  His “good character” had been affirmed by Rev. George Lovelace, vicar of St Columb’s Church Notting Hill, who had known him “all his life”.  This unit did not see any active service and became a training unit, based in Seaford.  However, Walter was attached to the 9th Battalion  (which had first disembarked at Boulogne also in September 1915).  Walter’s medal card, and the Battalion diary, states that he only joined the 9th. Battalion on 2nd. June 1916 at Ostreville, as part of the 74th Brigade, 25th Division.

The Battalion moved by 14th June to join the Fourth Army at Blangermont and during the remainder of June, the Battalion underwent tough route marches, covering over 50 miles so as to be in position as part of support Brigades for the forthcoming Somme campaign.  On 1st. July, they were in reserve at Warloy, west of Bouzincourt.

The first assaults on the German lines in the Thiepval – Fricourt sectors were some of the most bloody, ferocious and most unproductive on the first day of the Battle of the Somme.  The village of Ovillers-La Boiselle on the important Albert –Bapaume Road had been the objective on that day, preparatory to an attack on Pozieres.  Casualties of over 5,000 were sustained without breaching the German defence system.  A second attack by the 12th Division two days later fared little better, losing a further 2,400 officers and men.  It was a third attack on 7th July that included Walter Steven’s Brigade, attached to the depleted 12th. Division for the purpose.    The Battalion diary describes events:

“8.30 am: The Battalion commenced an attack on two successive lines of German trenches, the first objective being X.14.c.79 – X.14.d.29, and the second X.14.a.95 – X.14.b.42.   Both these objectives were captured, the second being consolidated under the direction of 2/Lts. Gilroy J, Green EU and Lanham LH.  Enemy parties massing for counter-attacks were promptly dispersed and bombing parties were sent forward successfully up communication trench X.14.c.42 to X.14.b.75.

“Though casualties were somewhat heavy and in spite of heavy and continuous shelling the line was improved and consolidated and held until the Battalion was relieved on 10th July.  “Casualties:  Killed:  Officers 6 including 2/Lt WSJ Stevens; O.Rs: 70

“During these operations the Battalion captured some 200 prisoners of 180th, 110th, 90th and other Regiments.”

Walter’s body was never recovered.  He is remembered on the Thiepval Memorial to the Missing of the Somme.