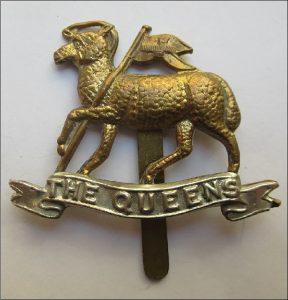 Francis Benjamin was born on 1 August 1897 in Deptford, Kent and baptised at St Paul’s Church Deptford on the 22nd. of the same month.  He was the first son of Francis Samuel Kingston, who had very recently moved with his wife, Mary Ann from Deptford,  where they had lived all their lives, to live at 8 Hogarth Lane, Chiswick.  The father was a Boilermaker.  Francis had an elder sister, Florence, born in Deptford in 1896.  At the 1901 census, now at 7 Hogarth Lane, there were a further two brothers, Alfred born in 1899 and George, aged 4 months.  By 1911, the family had grown to 8, with the addition of Henry, born 1902, and Samuel Charles, born 1904.  All the boys were still at school, but at age 14, Florence was an apprentice dressmaker.  Francis Samuel was now described as an Iron Riveter.  Possibly he worked at Thornycrofts as a boilermaker until the company’s move to Southampton in 1904, but he may have continued at Gwynne’s Works on the same site, perhaps accounting for the change in occupation.

Francis Benjamin would have been aged 17 at the outbreak of the War.  His name on the Cadet Battalion’s memorial plaque at St. Michael’s, like his younger brother Alfred, suggests that he may well have volunteered early on, and had initial cadet training, often in the Church Hall, or in the Mission Room in Chiswick Back Common. At the age of 18 he will have been conscripted. We do not know his was occupation before joining the army.

Francis became a Private in the Second Battalion, The Queen’s (Royal West Surrey) Regiment  with the Regimental Number of  21384.  The 2nd Battalion had landed at Zeebrugge as part of the 22nd Brigade in the 7th Division in October 1914 for service on the Western Front.  Francis may well have first seen active service in the later Somme Campaigns, earning promotion to Corporal. In November 1917 the whole Division was sent to the Italian Front.  The Italians had entered the war on the Allied side, declaring war on Austrio-Hungary in May 1915. Commonwealth forces were at the Italian front between November 1917 and November 1918, and rest camps and medical units were established at various locations in northern Italy behind the front, some of them remaining until 1919.  We know nothing of Francis’s military engagements there.  We know that the Battalion took part in the battles of the Piave River and Vittorio Veneto, the latter ending on 1 November 1918, effectively the last engagement in Italy before the armistice with Austrio-Hungary.

From November 1917 to the end of the war, Genoa had been a base for commonwealth forces and the 11th General, and 38th and 51st Stationary Hospitals, were posted in the city.  We cannot tell whether Francis Kingston had been injured in the Vittorio Veneto battle.  Perhaps, in view of his death in Genoa on 26 November, three weeks after the cessation of hostilities,  it is more probable that this had been due to the Influenza Pandemic, or possibly Malaria, both diseases being rife amongst the Allied forces during this period.

Francis Benjamin Kingston is buried at  Staglioni Cemetery, Genoa in Plot II.A.36.  He would certainly have been awarded the British War and Victory medals.  He was unmarried.  We do not know whether he would have known of the death of his younger brother, Alfred, in Flanders in the October.  His parents lost two sons to the War.