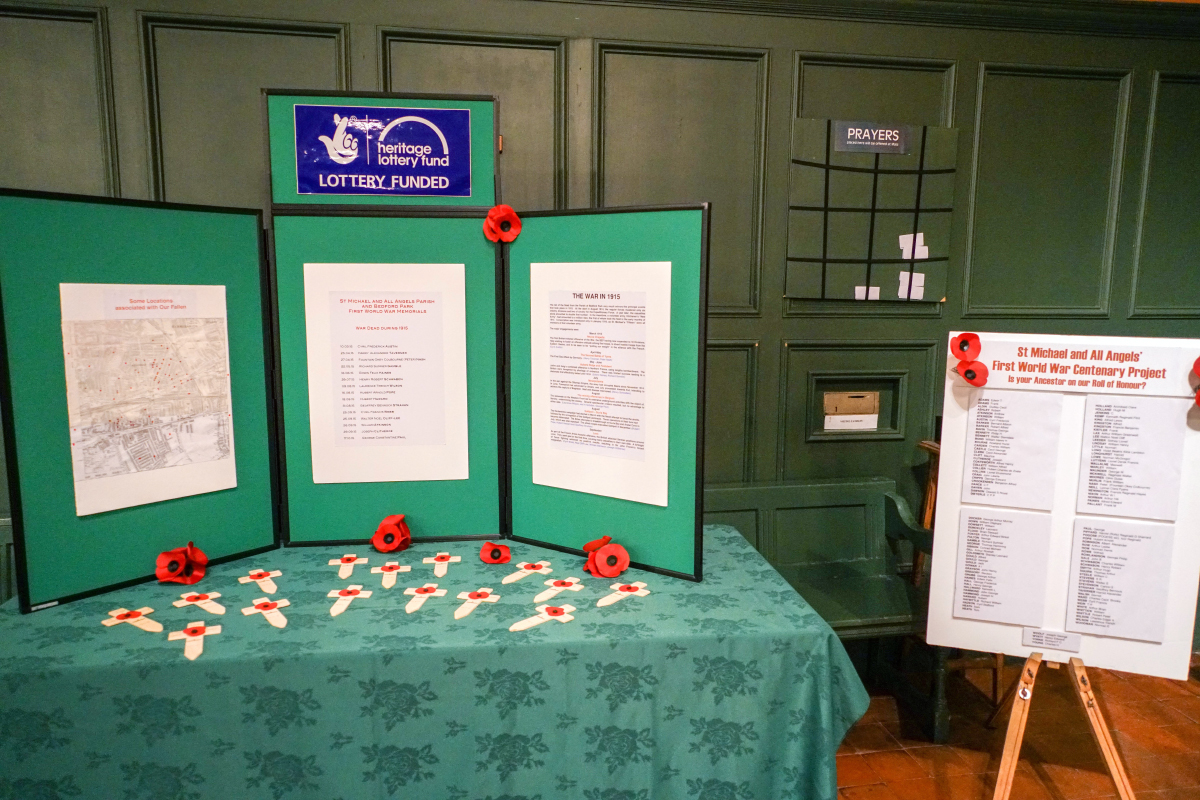 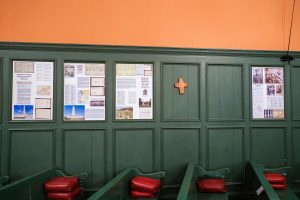 Research work into the lives of those listed on our memorials began in late 2013.  Positive identification of individuals and the date of their deaths led to annual displays in the church, featuring in chronological order the Fallen of each year.  The first of these was at Remembrance-tide  2014, telling the story of our first four soldiers: Andrew Atkinson, George Docker, Clive Guise-Moores and Richard Yorke.  A feature, “The first four to fall” was published on St Michael’s main website.